In this article, we are going to guide you about Top Free Pc Games: Ten (10) Best Rated To Play Online Or Download to have entertainment.

PC gamers have never had it better. Not a day passes by without the latest game hitting the market. Sounds expensive, right? But don’t worry, as there are some astonishing free PC games available.

In fact, there are numerous free online games to play, it’s hard figuring out where to spend your time. These are the best free PC games in 2019 and the “Genre Alternatives” are all free also. 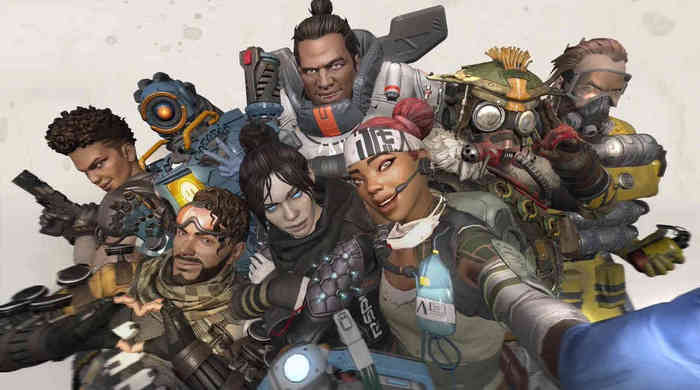 Respawn Entertainment’s free-to-play battle royale game has almost knocked Epic Games’ Fortnite off its perch. While Apex Legends still lags behind in player number, it has surpassed Fortnite in Twitch streaming hours and viewers on multiple occasions since launching in February 2019.

Apex Legends offers a mature take on the battle royale, at least compared to Fortnite. Played on a much smaller map, encounters in Apex Legends are often fast, at close quarters, and usually terminal.

That’s not to say you won’t progress to the final few squads. You can hide as the ring closes, but inevitably, the squad that wins has taken others down to acquire the best gear. 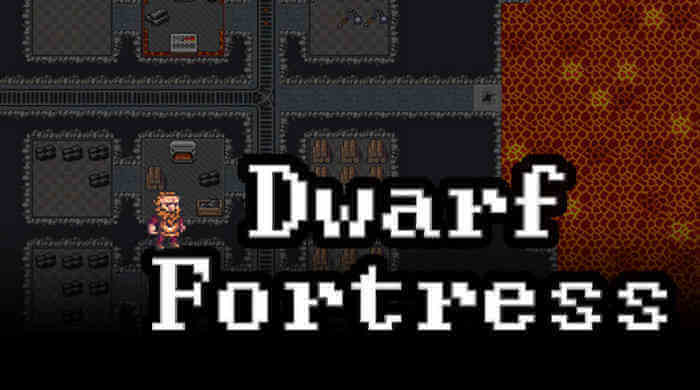 Dwarf Fortress is probably the most intriguing, enchanting, and infuriating game ever made. Developers, Bay 12 Games, continue to update Dwarf Fortress for free. So, what is it?

You can play Dwarf Fortress as a roguelike, a management sim, an exploration tale, and more. That’s because the possibilities are endless as you attempt to keep your colony of dwarves alive, happy, fed, and working.

The original graphics set is off-putting. There’s no beating about the bush. It makes the extensive (and sometimes fiddly) controls challenging to get to grips with. However, numerous wonderful community tilesets turn the original Dwarf Fortress into a colorful, more accessible proposition. 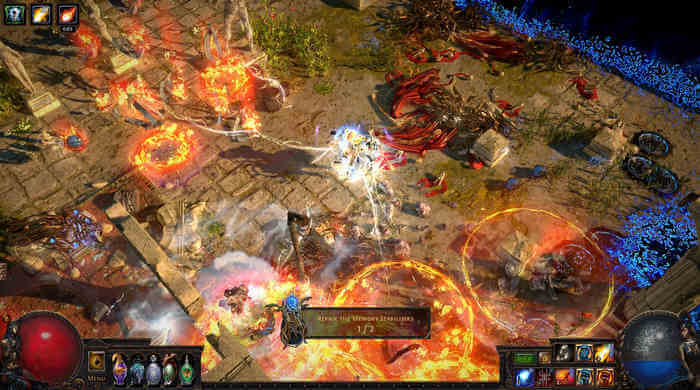 Path of Exile is one for fans of Diablo and other dungeon-crawling RPGs. Basically published back in 2013, Path of Exile continues to receive regular updates and is now a top-ranking free-to-play game.

However, the Path of Exile does create a unique identity with its extensive skill trees, an incredible range of loot, and the new bosses, game systems, and play styles regularly arriving. 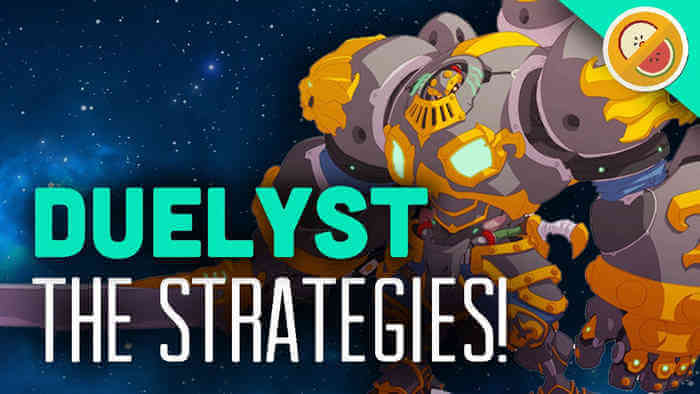 Duelyst is a wonderful collectible-card game that intersects tabletop gaming and chess. Does it sound like a lot to take in? Duelyst lets you jump in at any level.

You can easily play a few casual games of Duelyst without worrying too much about the tactics and meta of the game. If you find you enjoy it, you can immerse yourself in the decks, playstyles, factions, unlockables, and more.

In Duelyst, you have a deck of cards belonging to one of six factions. You build your deck around a champion, who has a unique skill.

Some of the cards in your deck also have special abilities, and you can unlock more powerful and specialized cards the more you play.

Once your deck is ready, you take turns to play cards against an opponent, powering up an existing or adding a new minion to the board.

Duelyst looks simple, but it’s often fast-paced, strategically varied, and painful as you snatch defeat from the jaws of victory.

In 2017, Blizzard made StarCraft II free. This means one of the best real-time strategy (RTS) games of all time is now free-to-play.

The free-to-play offering covers the original StarCraft II: Wings of Liberty single-player campaign, but not the follow-ups, Heart of the Swarm, Legacy of the Void, or Nova Covert Ops.

The free version of StarCraft II also allows you to access the ranked multiplayer league tables. We’re not sure why you would subject yourself to such a torturous ordeal, but each to their own.

Heroes of the Storm 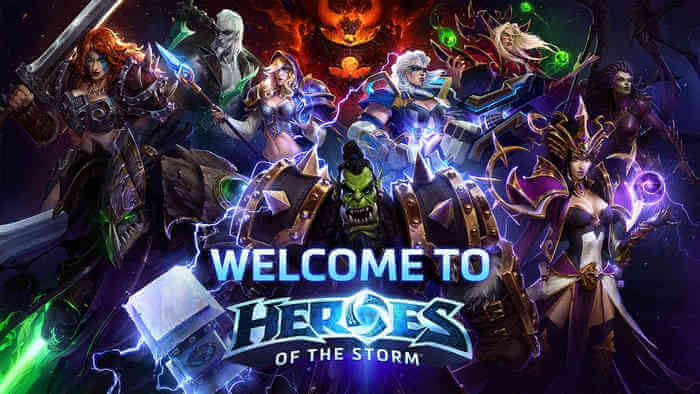 From Blizzard’s all-conquering RTS to the game Blizzard doesn’t classify as a MOBA. If it isn’t a MOBA, Heroes of the Storm sure has all of the core characteristics of one: five-on-five, lanes, a massive array of heroes (taken from other Blizzard titles), and a focus on four specific roles.

Heroes of the Storm is much easier to get into than its more esteemed (or notorious) competitors, League of Legends and Dota 2. The fan-base is seemingly more open, the roles are more comfortable to learn, and the game modes bring variance to each battle to keep it fresh.

Planetside 2 is an MMOFPS, where you battle to secure different areas across continental maps. With up to 2,000 concurrent players taking part in the battle, Planetside 2 knows a thing or two about the epic scale.

You can take part in a single fight for hours, log off for a few hours, then log back in to find the same battle waging.

The biggest difference players coming from Battlefield or Call of Duty will find is the time it takes to master and level up weapons and skills. It certainly takes longer to increase those specific skills.

However, it isn’t a grind as the battles ebb and flow, and you are not restricted to approaching the battle from a single direction (or vehicle, for that matter). 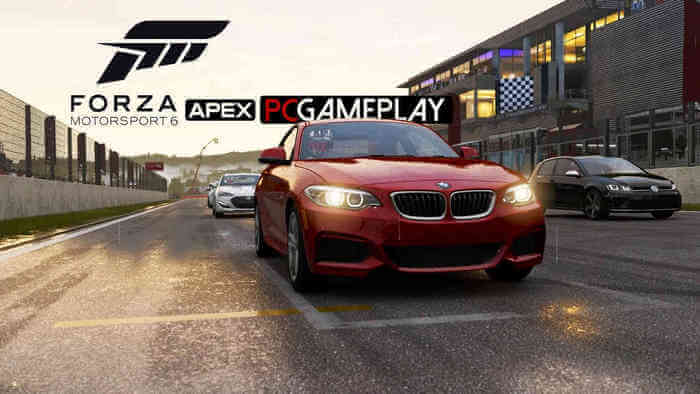 To coincide with the Windows 10 Anniversary Update back in 2016, Microsoft brought the sublime cars, circuits, and environments of Forza Motorsport 6: Apex to Windows 10. Forza Motorsport 6 was the first time Forza appeared on desktop PCs. Previously, Forza was an Xbox exclusive.

The Forza series has a strong reputation for sweeping circuit designs and fantastic car models, and Forza Motorsport 6: Apex doesn’t disappoint. There is a total of 63 cars for racing, across 12 different events. 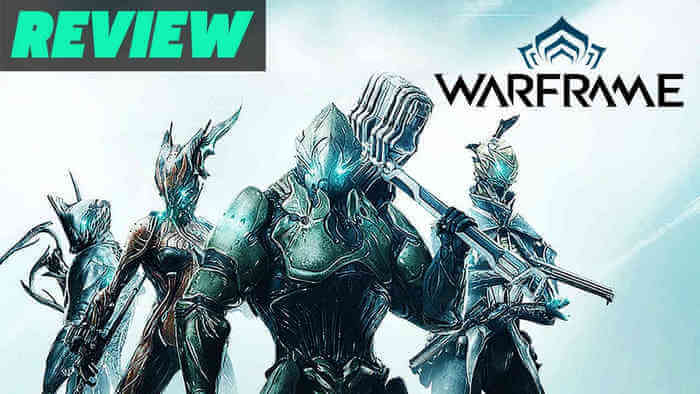 For a free game, Warframe packs a substantial amount of content. Not least the hoverboard skating mode. But in terms of running and gunning (as compared to Path of Exile’s), the incredible range of weapons, loadouts, and play styles, there is a lot to take in.

There are extensive free world areas to search for, an extensive storyline, and the game receives regular content updates. The volume of content can actually become a little overwhelming, at least to begin with.

Learning the numerous game systems takes some time, and figuring out crafting and blueprinting can also feel a bit confusing.

Thankfully, the Warframe community is one of the friendliest around, so don’t be afraid to ask a question. Someone will have asked it before. 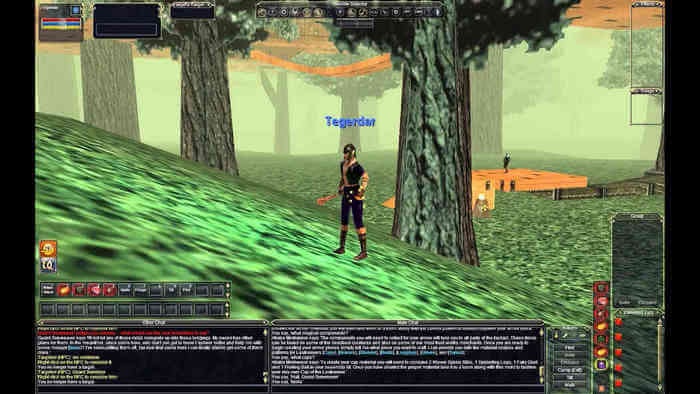 Head back to one of the oldest MMOs around to build your characters through 110 levels, over 500 zones, and countless questlines. Yes, EverQuest is still going strong, into its 20th year of continuous development.

As a testament to the game, The Burning Lands expansion was the 25th content expansion, introducing new zones, raids, quests, and spells. It hit the market in 2018—19 years after the original game.

The graphics may look a little dated, but EverQuest holds up in so many other areas. You and a group of friends have thousands of hours of questing across Norrath ahead.

Are These the Best Top Free Pc Games

This is an ample list of the most beneficial free PC games available to play in 2019. It covers a vast range of genres, and, with the alternatives offered, you have almost 50 games to consider.

We believe these are the best free PC games money can’t buy, but perhaps you want to play something a little older? If so, check out the old PC games still worth playing to this day.