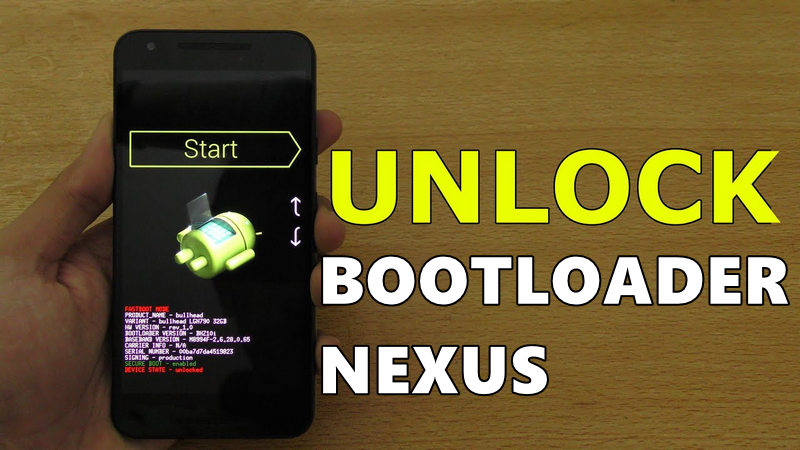 If you want a method of how to Unlock Nexus Device Bootloader, then you must read this complete article and learn the method to easily unlock it. Everyone has the priority to unlock it and then move ahead. Because it is necessary to unlock it to flashing a factory image, rooting the device, or trying to install a custom ROM on it. All is that, to use your Nexus device, you need to unlock its bootloader. Here we provide all the help for users to fulfill their needs.

It is also necessary that everyone would know about bootloaders. Because the new user has no idea about it.

It means that it is also an important thing for your devices. Hence, the bootloader includes the instruction to boot the OS kernel. And it easily executes before the operating system.

Remember that all the bootloaders in different devices are processor-specific and every motherboard has its own specific bootloader.

All the information is just to remind you that this is the reason behind all the Android devices that they have their own processor and motherboard.

Many people know that Android is an open-source operating system. It is understood that Android device manufacturers customize the OS as per their liking and install it on the hardware of their own choice.

This is the reason that every manufacturer has its own version of bootloader specific to their hardware. It is very easy and simple to understand its working and increase your knowledge about it.

There are further questions which are important for everyone’s knowledge. So, every Android user has to understand the points and clear them in their minds as well. Other knowledgeable questions are as follows:

Why is the bootloader locked by default?

As you know that every android manufacturer takes Android from Google. It is also understood that android modifies it according to their liking, adds their own services, customization, and apps (bloatware?).

Thus, when Google releases their devices with their own flavor of Android, they do not want that their customers move to another operating system.

It is the main cause to add many extra features in android devices for users’ help. Similarly, they do not want users to tinker with or replace the company’s version of Android with any other.

In this way, we found the locked bootloader beneficial because a user would not be able to modify or flash another custom ROM on the device.

Why should I Unlock Bootloader?

The bootloader is important to install a factory image (in the case of Nexus devices), and you can easily root your device with it. Moreover, it is used to flash a custom ROM on your device.

That’s why you have to unlock it first and then use its a lot of features. Otherwise, you cannot get the benefits of the bootloader in your Nexus device and fulfill your desires.

This is the main task and informative line to know how to unlock it in your Nexus devices. As we know that Nexus devices are considered to be a developer-friendly lineup. Hence, they come with a locked bootloader. Hence, it is very easy to unlock simply, and in this guide, we are going to show you how to do that.

You can try the following steps that are only compatible with Nexus devices including Nexus 6P/6, Nexus 5X/5, Nexus 4/7/9/10.

IMPORTANT NOTE: You have to know that the unlocking bootloader will wipe your device clean, delete your personal data, and erase everything from your device. There is including all types of data such as your messages, photos, contacts, applications, and everything else.

Download Android USB drivers for Windows and Mac and Other Devices